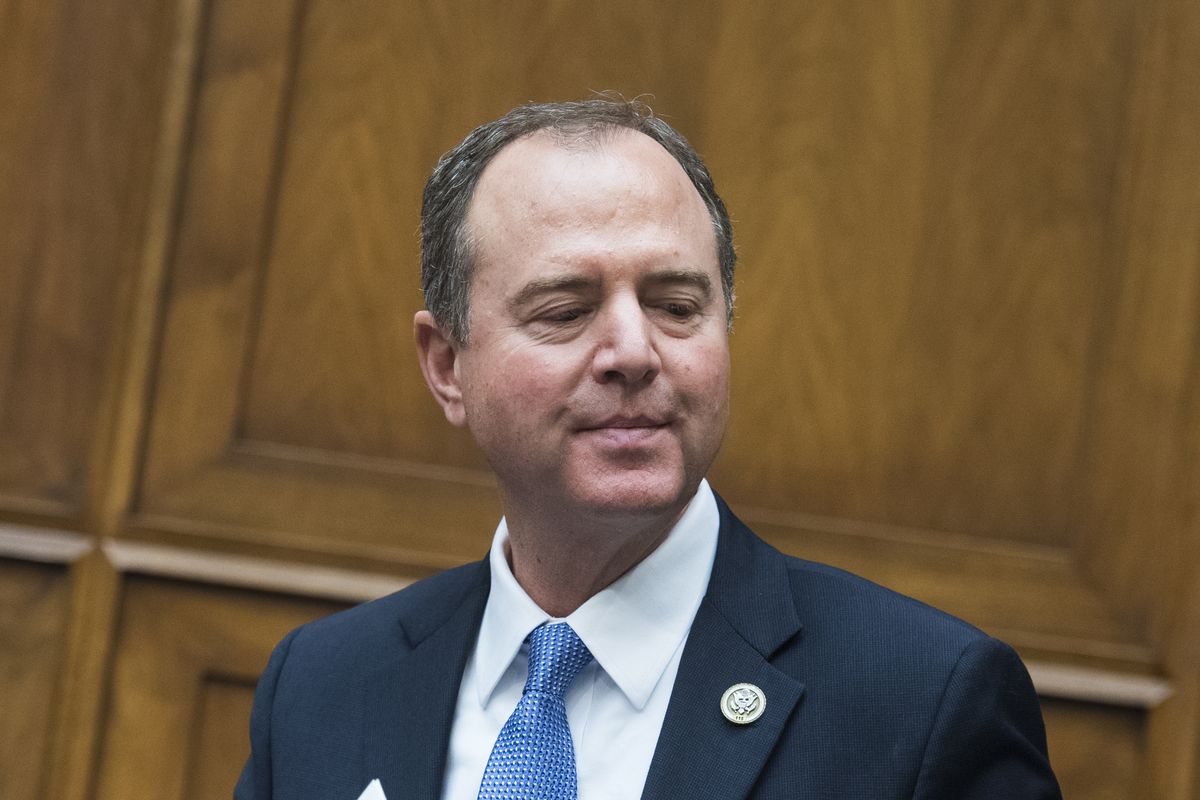 But Nancy Pelosi’s decision to put Schiff in charge of the Democrats attempted coup against Donald Trump is looking worse by the day.

And now all hell broke loose when Adam Schiff got caught red telling this giant lie.

The Democrats started out with a clear goal when they started their impeachment inquiry.

They were going to prove that Trump had offered the Ukrainians a quid pro quo to try and force them to investigate Joe Biden.

Funnily enough, they don’t have any problem with the fact that Joe Biden has admitted that he offered the Ukrainian government a quid pro quo to fire the prosecutor that was investigating his son Hunter.

The whistleblower was also breaking laws when he went to Adam Schiff before reporting it to with the intelligence community inspector general.

In fact Adam Schiff may have been instrumental in advising the whistleblower in how he should file the complaint.

Then to make matters worse, Adam Schiff lied to the American people about his contact with the whistleblower.

The Democrats have clearly been the ones who have been trying to make shady deals in the dark.

Meanwhile, Donald Trump has made the full transcript of the call publicly available so that all the public can prove that he wasn’t offering a quid pro quo.

But the Democrats are now changing what they want out of the investigation.

Adam Schiff is claiming that Trump should be impeached even if he didn’t offer the Ukrainians a quid pro quo.

According to the Daily Wire:

“House Intelligence Committee Chairman Rep. Adam Schiff (D-CA) said on Sunday that there need not have been a desire for a quid pro quo agreement between President Trump and Ukrainian President Volodymyr Zelensky for their phone discussion to lead to the president’s impeachment.

“Democrats claim Trump was withholding millions in U.S. aid, which he wanted to exchange for Ukrainian help investigating the business dealings of former Vice President Joe Biden’s son Hunter, who made upwards of a million dollars from a gas company in the country. Now, Schiff says no quid pro quo is necessary.

“’We have discovered in short order not only the contents of that call, but also the preparatory work that went into the call. The effort to condition something the Ukrainian president deeply sought, and that was a meeting with the president to establish that this new president of Ukraine had a powerful patron in the president of the United States that was of vital importance to Ukraine, was being conditioned on digging up dirt on the Bidens,’ Schiff said on Sunday’s episode of CBS’s ‘Face The Nation.’

“’So, you see that as the quid quo pro, not just the military aid?’ host Margaret Brennan asked.

“’Well, first of all, there doesn’t need to be a quid pro quo,’ the California Democrat said.”

Adam Schiff is making it very clear that that Democrats don’t have any real crime that they can accuse Trump of.

They are just doing another character assassination attempt that has become their main tactic lately.

Do you think that the Democrats should find evidence of a real crime before moving forward with impeachment?