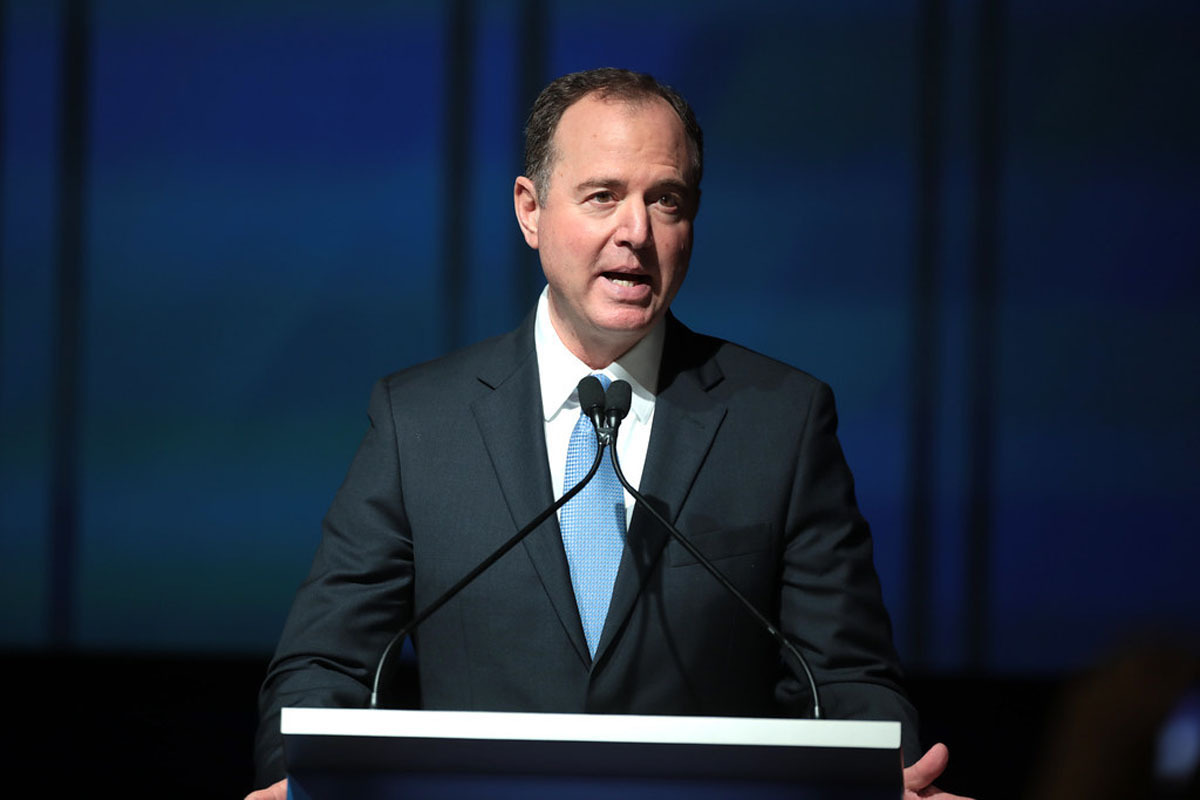 And Adam Schiff got caught in a big scandal. Now, this smoking gun will ruin him.

It’s been clear from the beginning of impeachment that Adam Schiff was trying to mislead the American people about impeachment.

But the full extent of his lies hasn’t been known until now.

Adam Schiff started off impeachment by telling Congress a satirical version of the phone call as a “joke” which would have been fine if he had told Congress that he was insulting Trump for his own amusement.

However, since he failed to inform Congress of this fact, he ended up slandering President Trump.

He also brazenly lied about his prior involvement with the Ukrainian whistleblower before he made his report and also lied about the law to hide the whistleblower’s identity from the general public.

Adam Schiff held his impeachment hearing in secrecy and required Republicans not to leak anything but he himself selectively leaked small bits of information that would make Trump look bad.

He’s trying to remove an American President without an election and isn’t even telling the American people the truth about the process.

Adam Schiff claimed that Parnas was trying to get a meeting with President Zelensky based off a text that said ‘trying to get us mr Z.’

Only problem is that further context showed that Parnas was referring to Zlochevsky, not Zelensky.

Democrats can’t even deny that Adam Schiff was lying.

A Republican aide said that Schiff’s outrageous reading of the text was at best professional incompetence.

“The most charitable view of the situation is that [Schiff’s] staff committed the equivalent of Congressional malpractice by not looking more than an inch deep to determine the facts before foisting this erroneous information on his colleagues and the American public,” a senior Republican aide told Politico. “But given the selective redactions and contextual clues, it seems as though Chairman Schiff sought to portray an innocuous meeting with Ukrainian oligarch Mykola Zlochevsky as an insidious one with the President of Ukraine simply because both of their surnames start with the letter Z.”

Rep. Elise Stefanik (R-NY) was even blunter in the way she summed up Schiff’s behavior on Twitter. “Schiff’s sham impeachment is littered with mischaracterizations, falsehoods, & political desperation. The more Schiff speaks to the American people, the more the support for impeachment is obliterated in the court of public opinion.”

If Donald Trump really is the evil villain that the Democrats and the media portray him to be, why do they have to keep lying to try and make Trump look bad?

It’s because Donald Trump hasn’t committed a crime that was worthy of being impeached and the Democratic leadership knows it.

Adam Schiff Was Hit With Some Really Bad News. This Is What Scandal He’s Guilty In

Rush Limbaugh Dropped the Hammer On Adam Schiff. This Is What Crime He’s Guilty Of