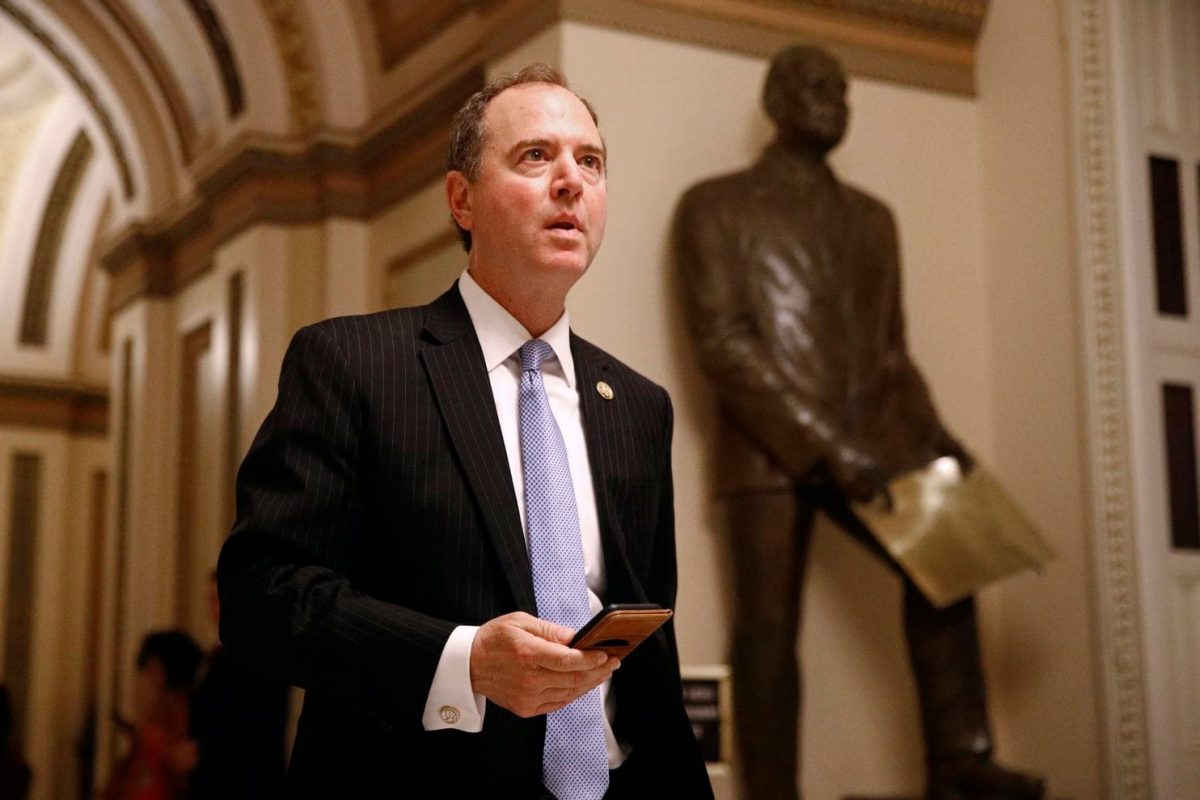 And Adam Schiff looked on his horror as this big lie could land him in jail.

There is nobody working harder to destroy President Donald Trump than Adam Schiff.

He is willing to do anything, including blatantly lie in order to get his way.

In the immediate aftermath of a so-called “whistleblower” making claims of Trump engaging in threatening behavior with Ukrainian leaders, Schiff sprang into action.

While in front of the House Intelligence Committee, which he chairs, he read what was purported to be the transcript of a call between Trump and the president of Ukraine.

But in reality, Schiff put words in Trump’s mouth in order to make the call more damning.

In response, Trump took to Twitter to question whether Schiff should be arrested for treason.

“Rep. Adam Schiff illegally made up a FAKE & terrible statement, pretended it to be mine as the most important part of my call to the Ukrainian President, and read it aloud to Congress and the American people,” Trump said, before adding, “It bore NO relationship to what I said on the call. Arrest for Treason?”

Democrats lost their minds at Trump’s tweet, with Sen. Kamala Harris even calling on Twitter to permanently suspend him over it.

But it isn’t just Trump that is calling out Schiff’s behavior.

Former CIA officer and National Security Council Chief of Staff Fred Fleitz said that Schiff should recuse himself from any impeachment inquiry over the fact that he knew about the CIA whistleblower in advance.

“The NYT confirmed what I said last week: Schiff knew about the CIA whistleblower in advance … At a minimum, Schiff should recuse himself from this impeachment inquiry,” Fleitz tweeted.

Also in the tweet, Fleitz ominously infers that further punishment should be launched against him, by stating that his recusal should be the “minimum” that happens to him.

But Schiff likely did end up committing treason through this entire ordeal.

He was familiar with the whistleblower well in advance, and he still stood before his own committee to lie about the claims he made.

That showcases just how weak of a case the whistleblower has.

His initial claims were something to be concerned about, but likely not illegal.

But once the actual transcript came out, all concerns went away, as it proves that Trump acted entirely proper and that the call in question was perfectly fine.

At the end of the day, the “whistleblower” did more to harm Joe Biden than he did President Trump.

In order to investigate the allegations against Trump, Biden will need to answer for corruption allegations relating to his son’s business interests in Ukraine.

Schiff will do everything to avoid that.

But even if he is forced to recuse himself from impeachment, he will have much bigger problems on his hands.

Do you think Adam Schiff should be arrested for treason?