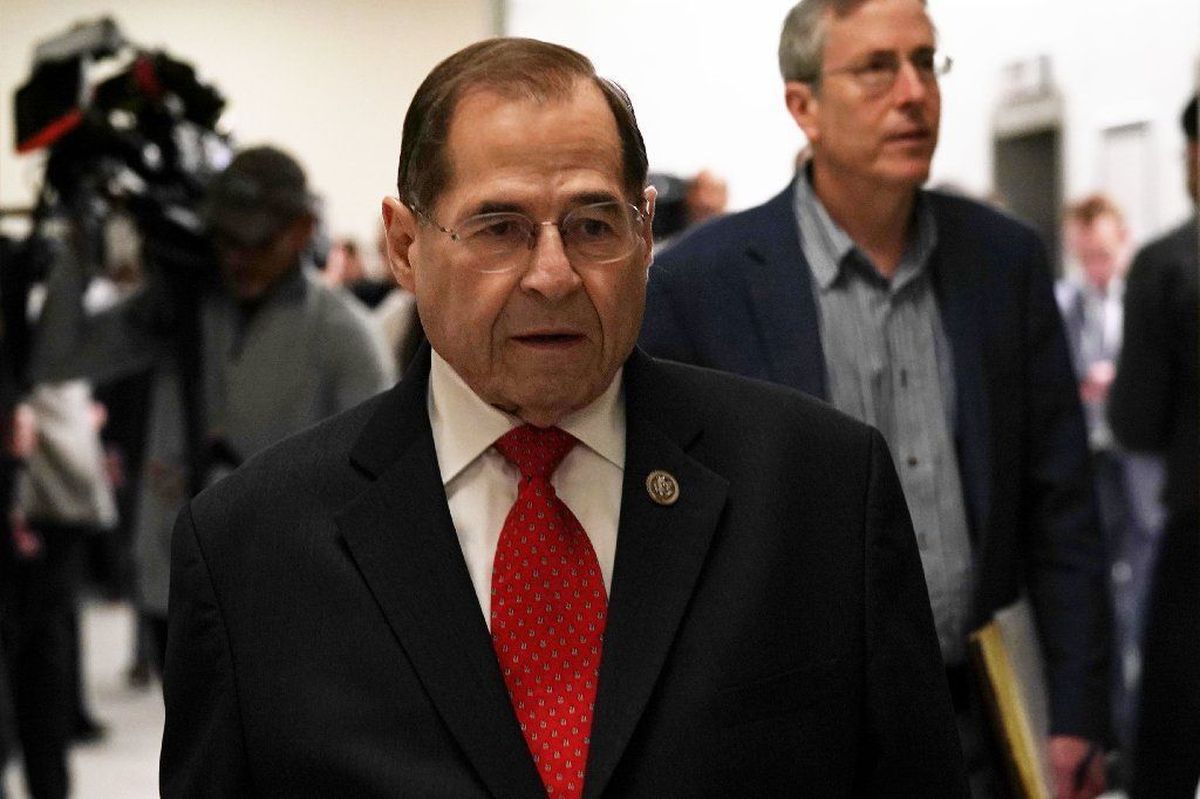 One of the most famous Democrats in America though the secrets from his past would stray buried forever.

And now this top Democrat is finished after one skeleton is his closet just came back to haunt him.

Democrat grandstanding in the era of Donald Trump has been exposing them as hypocrites over and over again.

Throughout the eight-year reign of Barack Obama, they constantly claimed that the media and political class were stacked against them.

And they spent all their time blasting Republicans, claiming that they were unfairly refusing to allow Obama to implement his radical agenda.

One of the loudest critics of Republicans during that time was Rep. Jerry Nadler, who currently serves as Chairman of the House Judiciary Committee.

Nadler has continually used his Twitter feed to attack Republicans and did just that in 2012 following Congress holding then-Attorney General Eric Holder in contempt of Congress.

Holder being held in contempt has to do with him withholding documents relating to his infamous Fast and Furious gun-running scandal which resulted in the deaths of Border Patrol agents.

Democrats were furious that Republicans were trying to get to the bottom of the scandal, claiming that their efforts were politically motivated.

But now Nadler is showing the world just what a politically motivated attack looks like, and his tweet is not aging well.

This week, Nadler has been leading the effort to hold Attorney General Bill Barr in contempt of Congress for not releasing the full un-redacted Mueller report, which would violate the law.

The House Judiciary Committee overwhelmingly voted to move the resolution holding him in contempt forward, with every Democrat on the committee supporting the measure.

“Even in redacted form, the Special Counsel’s report offers disturbing evidence and analysis that President Trump engaged in obstruction of justice at the highest levels. Congress must see the full report and underlying evidence to determine how to best move forward with oversight, legislation, and other constitutional responsibilities,” Nadler said in a statement Monday.

This may be the most blatant example of a politically motivated attack in history.

Barr is doing his job, and can’t follow through with the Democrat request for the full report as it would violate laws relating to privacy.

So Democrats are holding him in contempt for not breaking the law, just so they can score political points.

But President Trump is fighting to help Barr, exercising his executive privilege to ensure Democrats don’t get the full report until it is legal for them to do so.

If they were to get a glimpse of the full Mueller report, they would almost certainly leak it to their pals in the media.

Do you think Jerry Nadler is a hypocrite?