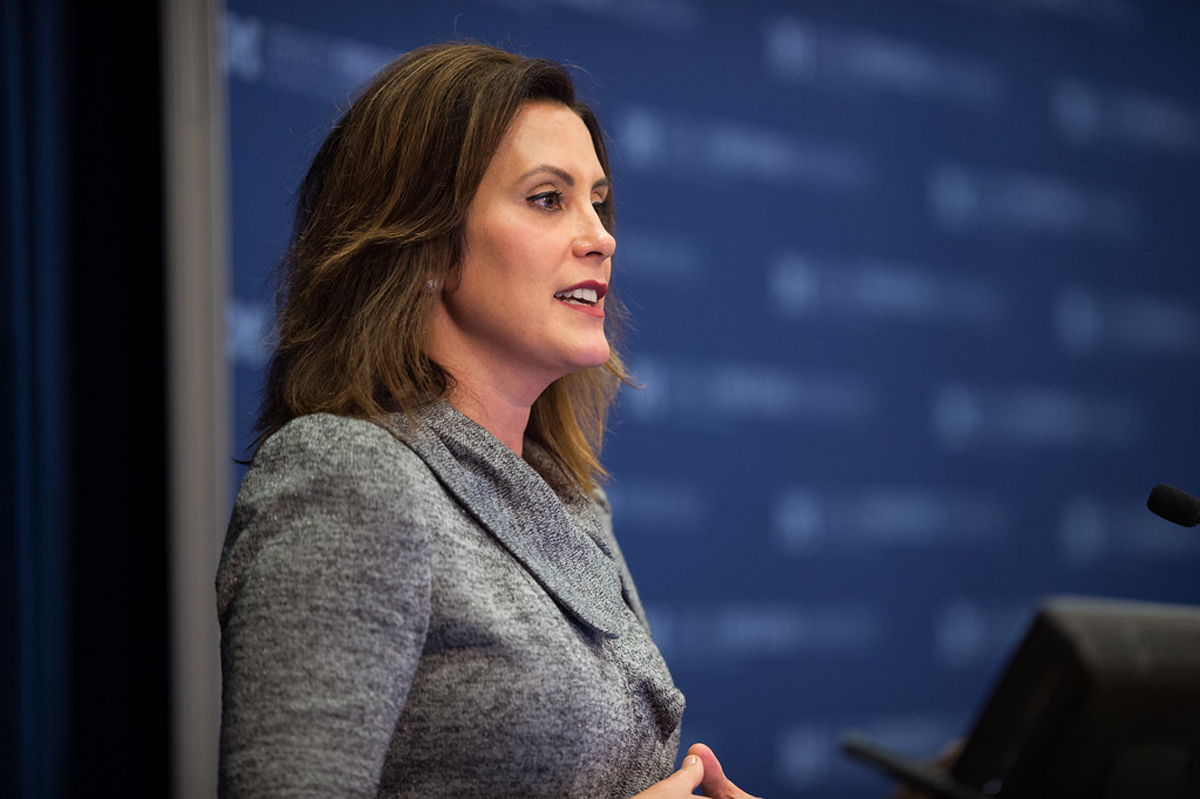 This is a summer to forget for Democrats.

It has been one negative story after another.

And now this rising star Democrat just got some very bad news about the FBI.

Democrat Gov. Gretchen Whitmer is going to face a tough fight in 2022 in order for her to keep her office.

The Michigan government’s oversight leader is investigating her for that high number of nursing home deaths and Whitmer has caused scandal by defying her own coronavirus restrictions, including when she was seen in a large group at a bar in May and earlier in the year when she traveled to Florida.

Instead of focusing on her scandal-ridden performance as governor, Whitmer would rather focus on other topics that paint her in a far more sympathetic light, such as an alleged plot to kidnap her by right-wing extremists.

However, a bombshell new report from BuzzFeed questions whether there even would have been such a plot without the actions of FBI informants and undercover agents.

“Informants, acting under the direction of the FBI, played a far larger role than has previously been reported. Working in secret, they did more than just passively observe and report on the actions of the suspects. Instead, they had a hand in nearly every aspect of the alleged plot, starting with its inception. The extent of their involvement raises questions as to whether there would have even been a conspiracy without them.” BuzzFeed reported.

At the time the FBI gathered much from their informant that BuzzFeed called “Dan,” an Iraq War vet who allegedly contacted the authorities after being concerned about a group called Wolverine Watchmen.

“Dan” allegedly wore a wire for half a year, earning $54,793.95 from the FBI which was “considerably more than most families in Dan’s part of Michigan bring home in a year.”

Entrapment is a complete defense to a criminal charge, on the grounds that “Government agents may not originate a criminal design, implant in an innocent person’s mind the disposition to commit a criminal act, and then induce commission of the crime so that the Government may prosecute.”

Dan taught the accused men military tactics and pushed them forward in making solid plans, including scouting out a vacation house that belonged to Whitmer.

When the group met 37-year-old Adam Fox, many in the group were uncomfortable with his alleged calls for violence and asked that he not be part of group events.

But Dan, an FBI informant who was by this time the highest-ranking officer in the Watchmen’s group, kept Fox around.

“[One member of the group] became convinced that Fox was out of his mind and repeatedly shared those concerns with Dan, court testimony shows. Morrison, the group’s commanding officer, also expressed reservations about Fox. But Dan used his growing influence to include Fox in group meetings and to develop his own personal relationship with him. Fox, in turn, began referring to Dan as his ‘brother,’ according to Fox’s former fiancé.” BuzzFeed reported.

BuzzFeed also noted that the FBI pushed Dan “to use his influence to bring more people into the developing kidnapping plot.”

The report added that in the days following the takedown of the alleged plot, the U.S. government “were knocking on doors across a wide swath of the country, seizing computers and cellphones, asking about guns and, in particular, political ideologies, according to several individuals who were questioned.”

Johnson, who BuzzFeed noted is a progressive black public defender, concluded that his client was a loudmouth who was not a terrorist but was being charged instead for his speech.