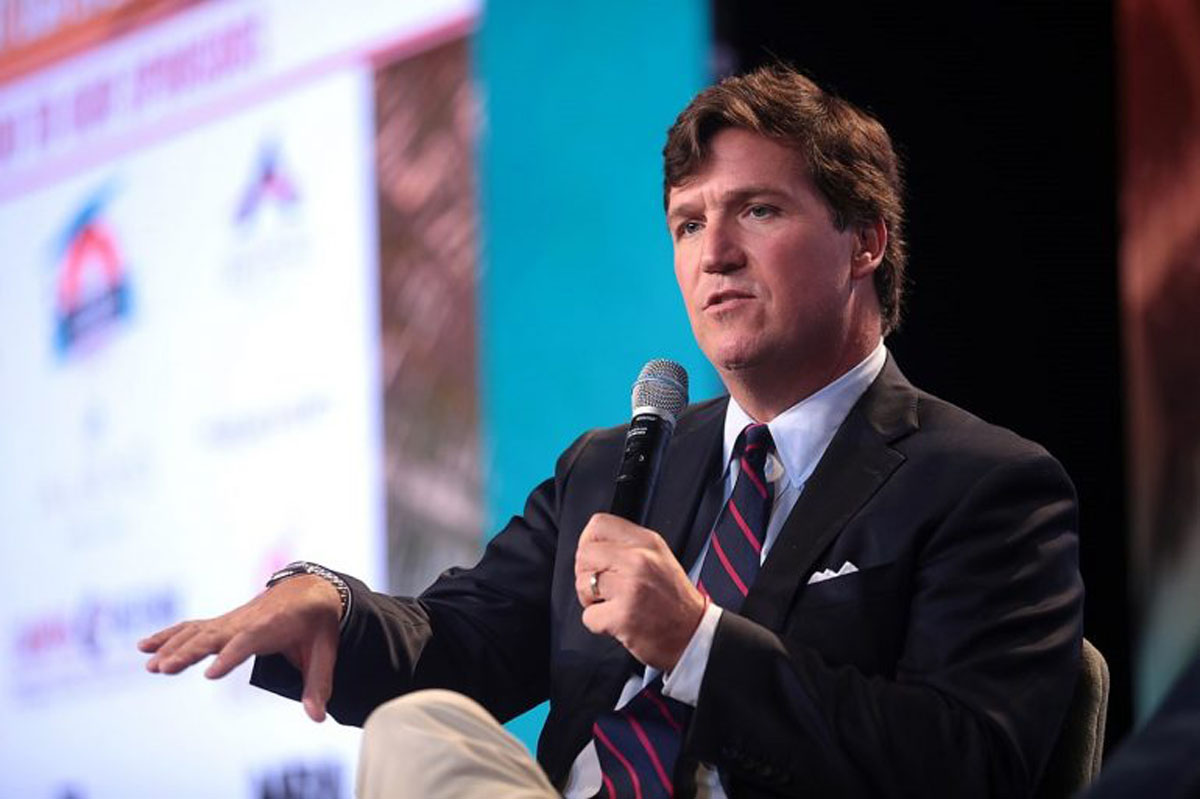 On a nightly basis, Carlson exposes their corrupt deals and secret bargains.

And the truth about one big 2020 election scandal was even worse than Tucker Carlson feared.

Before Donald Trump came along, journalists would at least pretend to be neutral.

They were always liberal and the coverage leaned left, but they paid lip service to trying to cover events fairly.

That ended when Donald Trump won the Presidency.

In the 2020 election,Tucker Carlson said the media shed their masks and revealed that so-called “journalists” were nothing more than Democrat partisans and anti-Trump activists.

“The rest of us can’t really know what these people, the people in charge are doing at all times. A reporter’s job is to find out and tell us. So in the end, the real threat to America isn’t too many nasty questions from reporters. It’s the opposite of that. The real threat is collusion,” Carlson began.

Carlson warned that so-called journalists colluding with Democrats represented a threat to democracy because powerful people would no longer be held to account by being asked questions about how they exercised their authority.

“When journalists strike secret alliances with the very people they are supposed to be holding accountable, we are in deep trouble. Lies go unchallenged. Democracy cannot function. And that’s what we are watching right now,” Carlson added.

The prime example of how the media stopped functioning in America is the scandal surrounding Hunter Biden’s laptop.

Despite clear evidence that the laptop contained evidence of Joe Biden being involved in pay-to-play influence peddling and that Biden may be compromised by Communist China, the media tried to censor the story.

“They are collaborating with the tech monopolies that have choked off the average person’s access to legitimate information. We’re not overstating any of that we wish we were. Watch the people you’re supposed to be able to trust, dismiss a completely legitimate verified news story as quote, ‘a Russian plot,’” Carlson continued.

Liberals – including many in the fake news – spent years claiming it was Donald Trump that destroyed norms and attacked and undermined institutions.

But just like how it was the Democrats that colluded with the Russians while falsely claiming it was Donald Trump in league with Moscow, it was really the left that crippled Americans’ faith in the pillars of American society.

A free and fair press is a crucial check on those in power.

And in 2020 the media revealed itself to be an ally – and not adversary – to the Democrat Party.