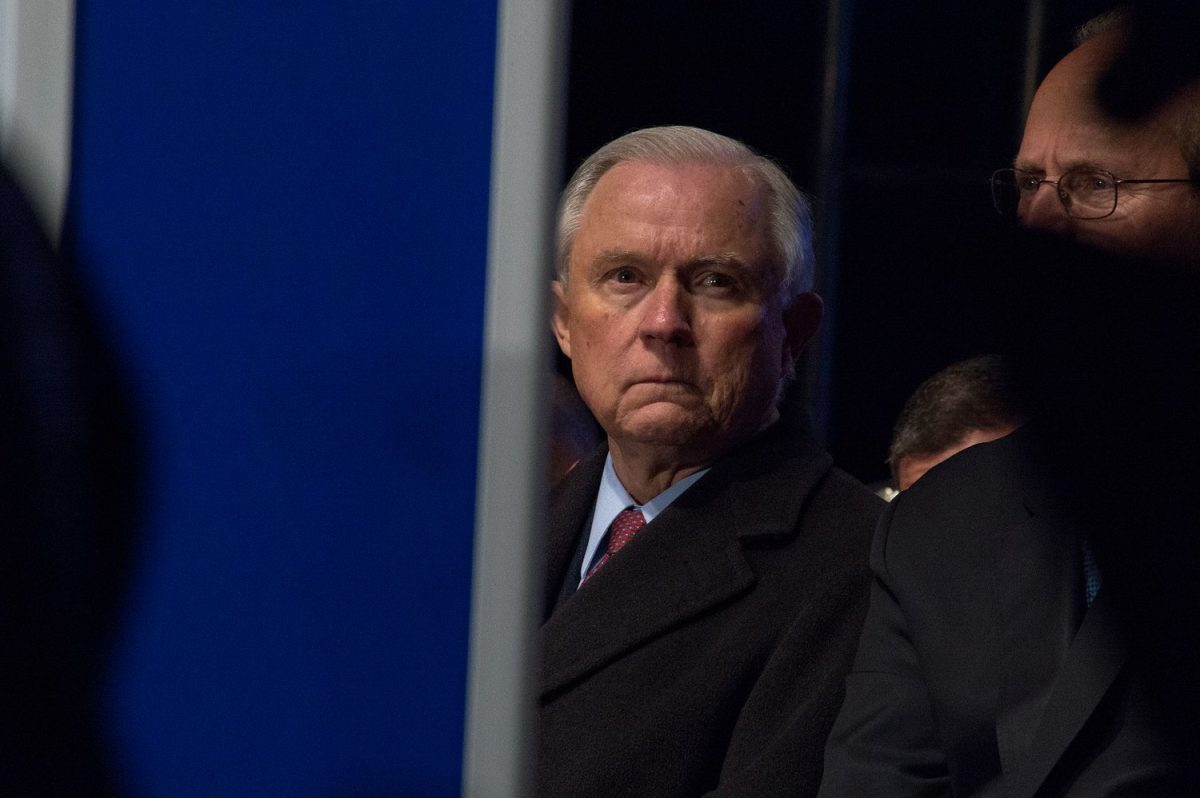 When Donald Trump asked for Jeff Sessions as Attorney General last November everyone figured Sessions time in the spotlight as over.

That may not be the case.

And Jeff Sessions is sitting on a bombshell that will cause Trump to flip out.

Moore had run for public office for decades without a hint of these allegations ever surfacing before.

They only bubbled up in the fake news media in the last weeks of an election Moore was all set to win.

The Republican establishment opposed Moore because he was a pro-life Christian believer who opposed the radical homosexual agenda.

And on Thursday, Moore declared his intention to run for Senate in 2020.

That set off alarm bells in the Washington establishment.

There are six other candidates in the race, which means that with Moore’s existing base of support, there is a strong chance Moore could make the runoff and eventually win the nomination.

Sessions held the seat from 1996 to 2016 and prove to be a strong candidate despite his fractured relationship with President Trump.

Shelby met with the press and claimed Sessions could still get in the race.

“Sessions, I don’t think, has ruled it out,” Senator Shelby told reporters.

“I’ve talked to him about it. I think if he ran, he would be a formidable candidate. Formidable. I’ve not encouraged him to run, but he’s a friend, and if he ran, I think he’d probably clear the field.”

Moore responded by tweeting that Shelby should mind his own business and that his actions in 2017 helped cost Moore the race.

“If Senator Richard Shelby would have stayed out of the 2017 race, Doug Jones would not be in the Senate now! The people of Alabama already know what he did in 2017, obviously he feels guilty about helping elect a Democrat. What’s he really afraid of?” Moore wrote.

Moore was alluding to comments Shelby made on the eve of the special election where he urged voters not to support Moore.

Moore’s margin of defeat was smaller than the write-in vote total, so Shelby’s traitorous comments could have swung enough Republicans to write in a candidate instead of supporting Moore – who was the party nominee – which in turn elected Jones.

But some conservatives may not warm up to a Sessions candidacy.

Sessions was not the most loyal Attorney General and there are a large group of Trump supporters who do not believe he should be rewarded for his disloyalty with a Senate seat.

Great American Daily will keep you up to date on any new developments in the battle over control of the United States Senate.